Our Favourite Creative Campaigns for Launching a New Website 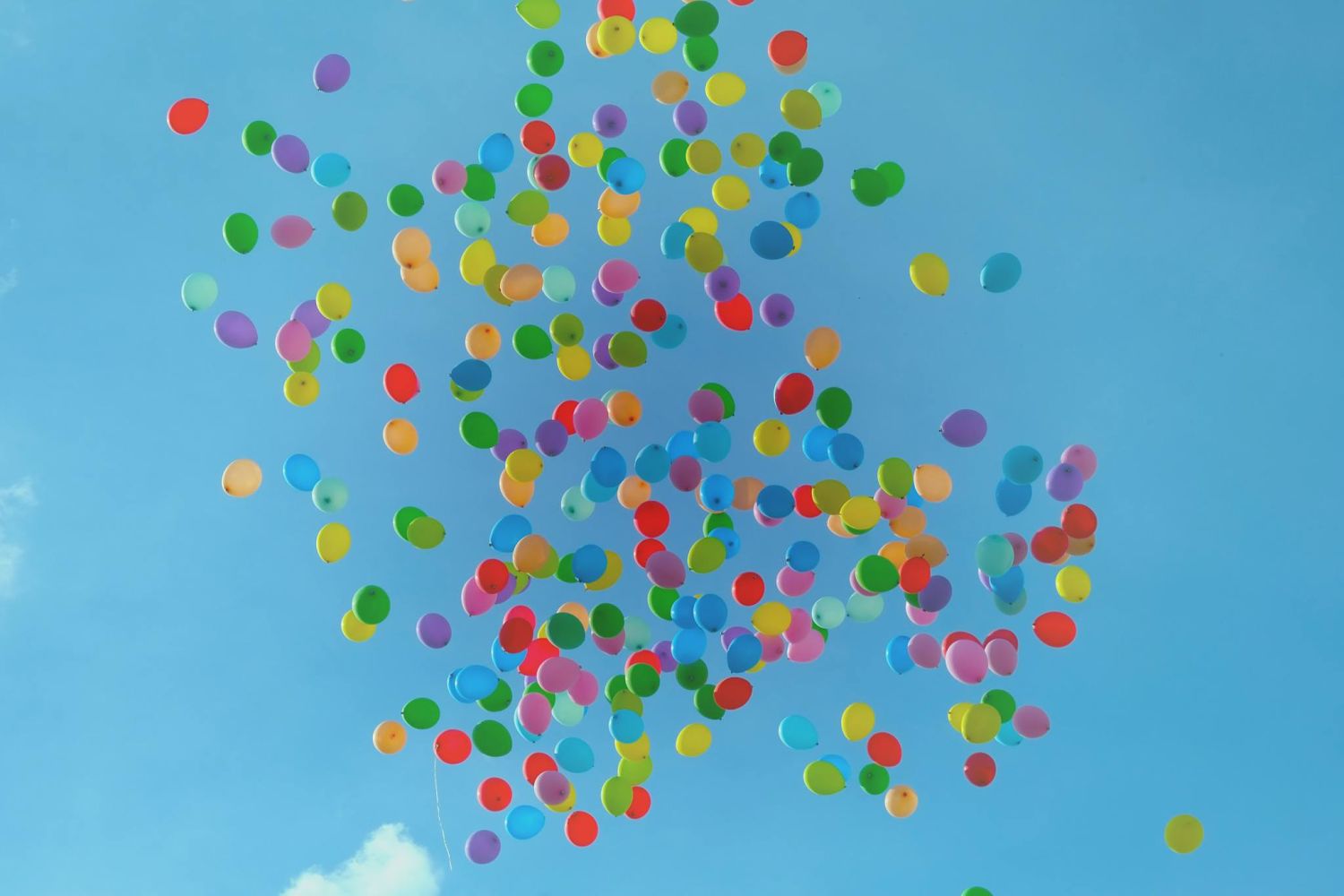 Here we’ve rounded up some of our favourite creative campaigns for brands who got their website launches right.

Unlike the grand opening of a new restaurant where the owners want anybody important to be there and have a memorable experience, most of us choose to launch a new website on the down-low. Instead, we quietly check for technical issues and obsessively monitor page conversions. But, a new website launch is a unique opportunity to make waves across the web – earning coverage, links, shares, subscribers and customers from day one.

So, if you want to make the most of the launch of your new website but don’t have the budget for world-famous football A-lister endorsements or Great Gatsby-style launch parties – read on.

Before launching into an industry where it’s hard to build trust, Greatist established themselves as a leader in the space, not a start-up, by reaching out for advice to over 100 influencers in fitness, health and happiness. After two or three follow-ups, 70% of influencers had responded in some way. Many of these influencers became advocates, broadcasting Greatist to their followers. Plus, on launch day, there were 2 months of content ready.

In 2019, Greatist was receiving around two million uniques per month and was acquired by Healthline, one of the largest and fastest-growing consumer health publishers.

Reach out. You don’t need tons of CEO connections in your network. Although that worked for Slack’s launch, cold emailing can be effective if you personalise and target correctly. Flanzraich got a 70% success rate with very little existing fame. Act like you’ve been around for 5 years, fill your website with months of content and leave your visitors asking “how did I miss this?”

For Canva’s pre-launch, the first 50,000 early adopters to subscribe to the waiting list were able to reserve their chosen username and visually see it directly after canva.com/. This created a sense of urgency to secure the username they want, especially for brands or individuals who want a consistent identity across all social platforms and accounts – which is recommended.

Unsurprisingly, this was a resounding success and nine months after public launch Canva had over one million users.

Offer your visitors something exclusive, like a unique username or early access. This tactic also worked well for BlogIn and LandApart. This will get people invested early on, knowing they’ll be the first to try something new. Combine that with a fun launch page like Canva did and you’ll have a teaser campaign that will generate and build excitement while still working on your website or product.

Dollar Shave Club launched its brand into the stratosphere (otherwise known as Unilever), with an utterly absurd viral video with everything from bear costumes and baby barbers to cheekily explicit language. They turned an everyday necessity into pure entertainment that’s honest, real and quirky, perfectly showcasing how great content marketing is the ultimate way to build a brand.

In the first 48 hours after going viral, Dollar Shave Club got 12,000 orders. Now, the video has more than 27 million views on YouTube and was sold to Unilever in 2016 for $1 billion.

Embrace absurdity in your content. Put a fun, quirky twist onto your product or brand, especially if it’s something that would typically be considered dull or an everyday essential. Plenty of brands have had success with this, including Notarize and Cadbury’s. Never forget the sharing power of a good advert – videos bring engagement.

Hello Flo took the stigma out of women’s health issues with the hilarious viral campaign, “Camp Gyno”. The video takes a universal experience for half the population – your first period – and the unforgettable phrase “it’s like Santa for your vagina” to leave a fun, ridiculous and lasting impression. They followed that up with their First Moon Party which was even more successful.

Start conversations. Make content that people genuinely want to engage with, just like Hello Flo did by using universal experiences that make potential visitors want to relate to your brand, especially when you poke fun at them. And be consistent in your content marketing strategy – you never know which campaign will go viral.

Robinhood invited potential users to gain invitation-only early access to its private beta and the first opportunity to benefit from its advertised $0 commission fee. Users were added to a waiting list and given a position – the higher on the list, the earlier you’d get access to the beta. If you wanted to move up the waiting list, it was simple: share. The gamification of this invitation meant everyone was sharing to climb the list in fear of missing out.

Thanks to their referral scheme and a simple landing page, Robinhood had one million users before the company even existed.

BIG day! Launched on the App Store & our friends at @Nasdaq congratulated us in Times Square! http://t.co/Mic3iPTN72 pic.twitter.com/DV0SqzN3Tv

Reward your visitors. Robinhood demonstrates just how effective a referral scheme can be, as did Bezar and Harry’s. Offering a good incentive to share is a great way to make your launch go viral. New banks like Monzo had a waiting list, while Dropbox offers extra storage as an incentive for referrals. Gamification is one answer – having visitors compete against each other, while FOMO (fear of missing out) is another.

When Poo~Pourri launched their ad, “Girls Don’t Poop” it quickly went viral on YouTube, thanks to its targeted yet highly shareable brand’s storytelling. The brand’s voice is elegant yet playful – not what you’d expect – and the viral video captures that perfectly. The blushing-inducing beauty of it is that this is truly an unspoken yet universal problem, especially for women, who are the brand’s target market.

The video has over 44 million views to date and has continued to use poop puns across its entire brand.

Showcase your brand. With a unique and playful voice like Poo~Pourri has, you’ll naturally attract your target audience if your branding is spot-on. This worked for Themezilla too. Do everything you can do to that branding justice, be consistent across platforms and have fun with it! SquattyPotty took a similar risk with their This Unicorn Changed the Way I Poop video.

Back in 2006, BlendTec exploded onto the scene with the viral ‘Will It Blend’ video series. It was a simple concept: taking their product, a blender, and showing just how powerful it can be by blending random objects. YouTube had only been around for a year, meaning BlendTec was ahead of the video content trend, making it both organic, original and one of the first successful viral campaigns. It was an overnight success.

In just six days, the videos had 6 million YouTube views. Even to this day, Tom Dickson is still blending on his channel to 850k+ subscribers. Need to see an iPhone blended? Here you go.

Think outside the box with your product. Showcase exactly what it can do, even if it’s not exactly what it’s intended for. You never know, people might buy your product simply to make their own content – the world is full of content creators now. Be original with how you present your product and you’ll stand out, like Warby Parker’s startup video did.

Facebook’s story is all about scalability and laser-focused targeting. In 2004, Facebook was available exclusively to Harvard students where it’s estimated that 1,200-1,500 of their fellow students had made an account within its first 24 hours. From there, word spread to the other Ivy League colleges who became part of that exclusive group. Eventually, after 2 years, everyone could make a Facebook account, all wanting to be a part of something previously exclusive.

Facebook gets more than 1.8 billion users a day and made Zuckerberg one of the richest people in the world.

Target students. If you can find a way to get a single educational establishment talking about your brand or product, it’ll spread like wildfire by word of mouth. Student brand ambassadors are one way in, as is reaching out to student unions with mailing lists.

KPOP Foods started with a single goal: raise $10,000 to make their product, K POP Sauce, through crowdfunding on Kickstarter. Before this, however, the co-founders designed a cute piglet-shaped container for the sauce and began handing them out and testing it on their campus. When the Kickstarter launched, they contacted the pre-existing customers, as well as family and family, making it a top trending campaign.

The K POP Sauce Kickstarter reached their $10,000 goal in just 8 hours, going on to raise a total of $37,627 which allowed them to create new products, springboarding the business.

Crowdfund your product and use it to launch your brand. Don’t forget about a pre-launch though – to become visible on platforms like Kickstarter, get friends and family to help out and share. Unsplash did something similar, raising over $100k with a Kickstarter campaign for a book showcasing its contributors’ art.

Get inspired by these innovative brands to make the absolute most out of your website launch. Whether it’s a bizarre viral video, a powerful pre-launch page, a referral scheme or reaching out to the media with a killer hook, start getting creative and you too may inspire future creatives and marketers one day.

It’s Against Google’s Guidelines to Do These 14 Things, and Here’s Why

From participating in link schemes and setting up sneaky redirects to publishing keyword-infested content, get caught red-handed implementing any of these tactics by the search giant and your website could either end up with an algorithmic or manual action, or even worse… disappear.
Read More ➜

Following this expert advice you’ll be navigating your way through the potential storm caused by Google’s latest update with ease.
Read More ➜

Unlike in video games, you don’t get unlimited chances to perform an SEO-friendly website migration. So how do you avoid an SEO disaster?
Read More ➜

How to choose an seo agency

Follow these expert tips to learn how to hire the right SEO agency for your business.
Read More ➜

Stay focused on your goals

Whether it's the impact of Covid-19, a website launch that's gone wrong or simply an indecisive boss, learn how staying on track with your marketing strategy during chaotic times can actually boost your resilience.
Read More ➜

Follow these expert tips on how to choose a new domain name with seo in mind.
Read More ➜

Follow these expert tips on how to prepare for Google’s new ranking factor.
Read More ➜