Who was John Cabot?

The name of our company, John Cabot®, links us with the spirit of the tireless search to establish communication links with others and to explore new frontiers using the latest technology. Read on to find out more about the explorer. 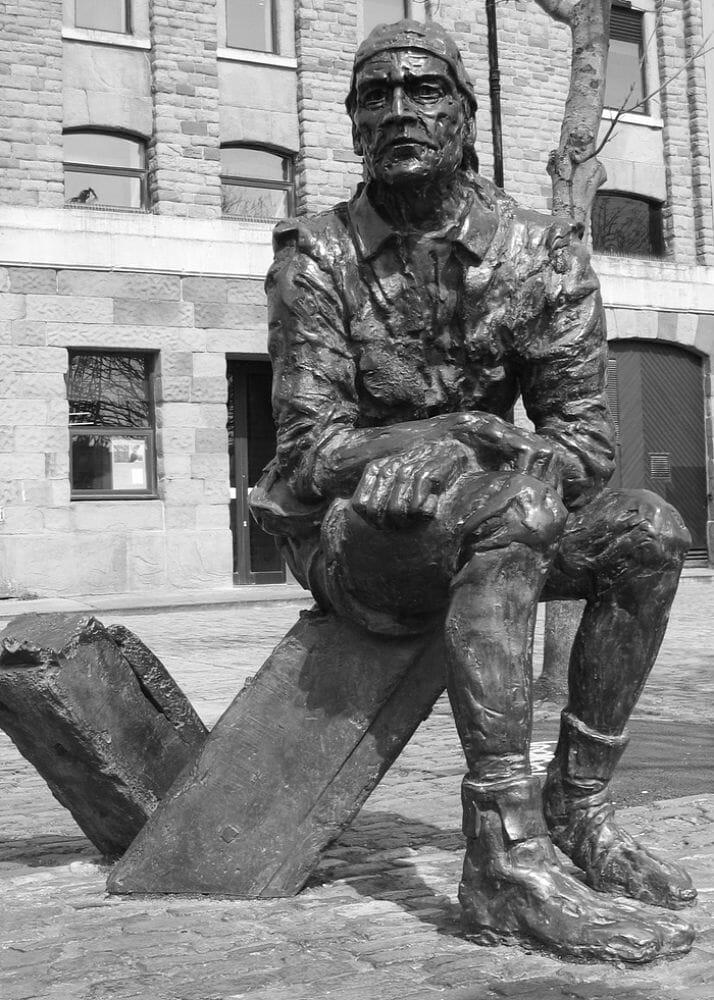 From the earliest days of the Tudor period to links with the present day, this is the story of John Cabot

John Cabot (c. 1450 – c. 1500) was an Italian ocean explorer and navigator. He represented England by the authority of King Henry VII and was granted letters patent in 1496 to look for lands to the north, east and west. From 1496 to 1498 — less than a decade after Christopher Columbus — he set sail three times for the New World. He is most known for his 1497 voyage to North America, where he claimed land in Canada for England in the earliest known European exploration of North America’s coast and became one of the most famous Italian explorers in history.

John Cabot, also known by Giovanni Caboto or Juan Cabotto or Zuan Chabotto, was born in Genoa, Italy (c. 1450) and later moved to Venice where he became a citizen in 1476. He was a merchant dealing in animal skins and, after citizenship, oriental goods. He married in 1474 to wife Mattea and was father to three sons – Lewis, Sebastian and Sancio. In 1488, they fled Venice to escape huge debts and made a fresh start in Valencia and Seville for several years, although his creditors still tried to have him arrested. John then built himself a new career as a maritime engineer.

John Cabot moved to England in 1490 – where the first monarch of the House of Tudor, Henry VII, had been on the throne for five years. John Cabot and his family settled in the port of Bristol which would play a significant role for England during the age of discovery.

Few periods in history capture the imagination like the Tudor Age. It was a time of adventure and exploration, power and glory. And as the imposing portraits of Henry VIII and Elizabeth I suggest, they were not interested, as before, in the power and glory of heaven, but in power and glory here and now on Earth, and that meant exploring every inch of it that they could.

Like Columbus, John Cabot was not only an adventurer but also an entrepreneur. He wanted to find a direct route to China and Japan. If he was successful, he would make his fortune by reducing the distance travelled to transport oriental goods to Europe and cutting out margins added by intermediaries.   The letters patent granted to John Cabot and his sons by King Henry VII meant that the family and their deputies would benefit from profits of any lands occupied and trade established. King Henry VII of England would receive one-fifth of all profits made from the enterprise.

The voyage to Newfoundland

John Cabot’s most successful expedition was his second voyage in 1497, which resulted in Europe’s discovery of North America. He set sail from Bristol in a single British ship, The Matthew of Bristol, where his chief aim was to find a direct route to Asia.

Leaving on the 2nd May, he reached land across the Atlantic Ocean on the 24th June (St. John the Baptist’s Day) and explored North America’s coast at Newfoundland. He claimed the land with a flag for England, one for the Pope and one for Venice. The exact location of his landing, however, is uncertain and has been claimed be Cape Bonavista and St. John’s in Newfoundland, Cape Breton Island in Nova Scotia, and even Labrador and Maine.

Cabot returned to England on the 6th August after a return journey of just 15 days, which was the fastest on record. Here the English king awarded him with a £10 reward and then a pension of £20 per year for the discovery.

The ship was only 50 tons and it sailed with only eighteen to twenty men. The crew of the Matthew included Cabot and his son, Sebastian, just 12 years old at the time, as the ship’s boy, along with seamen from England, France and Italy, Bristol merchants and an Italian doctor. 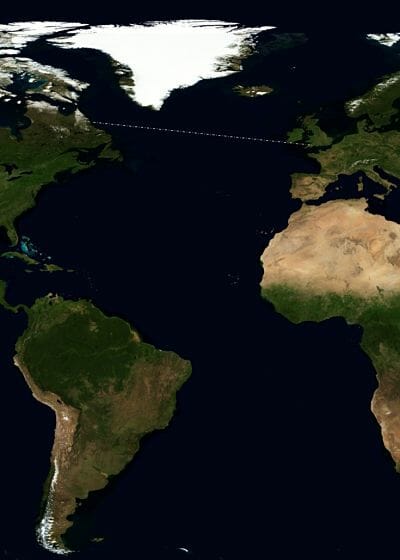 (Map of Cabot’s sea route west, aboard The Matthew, from Bristol, England pass Ireland and sailing north before crossing the Atlantic Ocean to Newfoundland and Labrador, Canada. John and Sebastian Cabot’s voyage ran roughly parallel to the route taken by Christopher Columbus)

In May 1498, John Cabot set out on a further voyage with a fleet of four or five ships, aiming to discover Japan. While the fate of the expedition is uncertain and Cabot’s final days remain a mystery; it is thought that they eventually reached North America but never managed to make the return voyage across the Atlantic.

After John’s death, his son Sebastian Cabot followed in his father’s footsteps as an explorer, seeking the Northwest Passage through North America for England and sailed to South America for Spain. Eventually, he set sail in search of silver along Argentina’s Rio de la Plata.

Today, it’s difficult to avoid John Cabot, from paintings and statues of the explorer and Cabot Tower, built for the 400th anniversary, to replicas of The Matthew, plus street names, parks and squares. Like our company, many other organisations share the name John Cabot, such as a large shopping area in the centre of Bristol called Cabot Circus, high-tech school, John Cabot Academy, American university based in Rome, John Cabot University, and there are even golf courses named in celebration of the Italian explorer.

To see full-size versions of the images below, click an image and select open in a new tab. Feel free to use any of the following images however you like, all we ask is that you credit the original source by linking to johncabot.com. 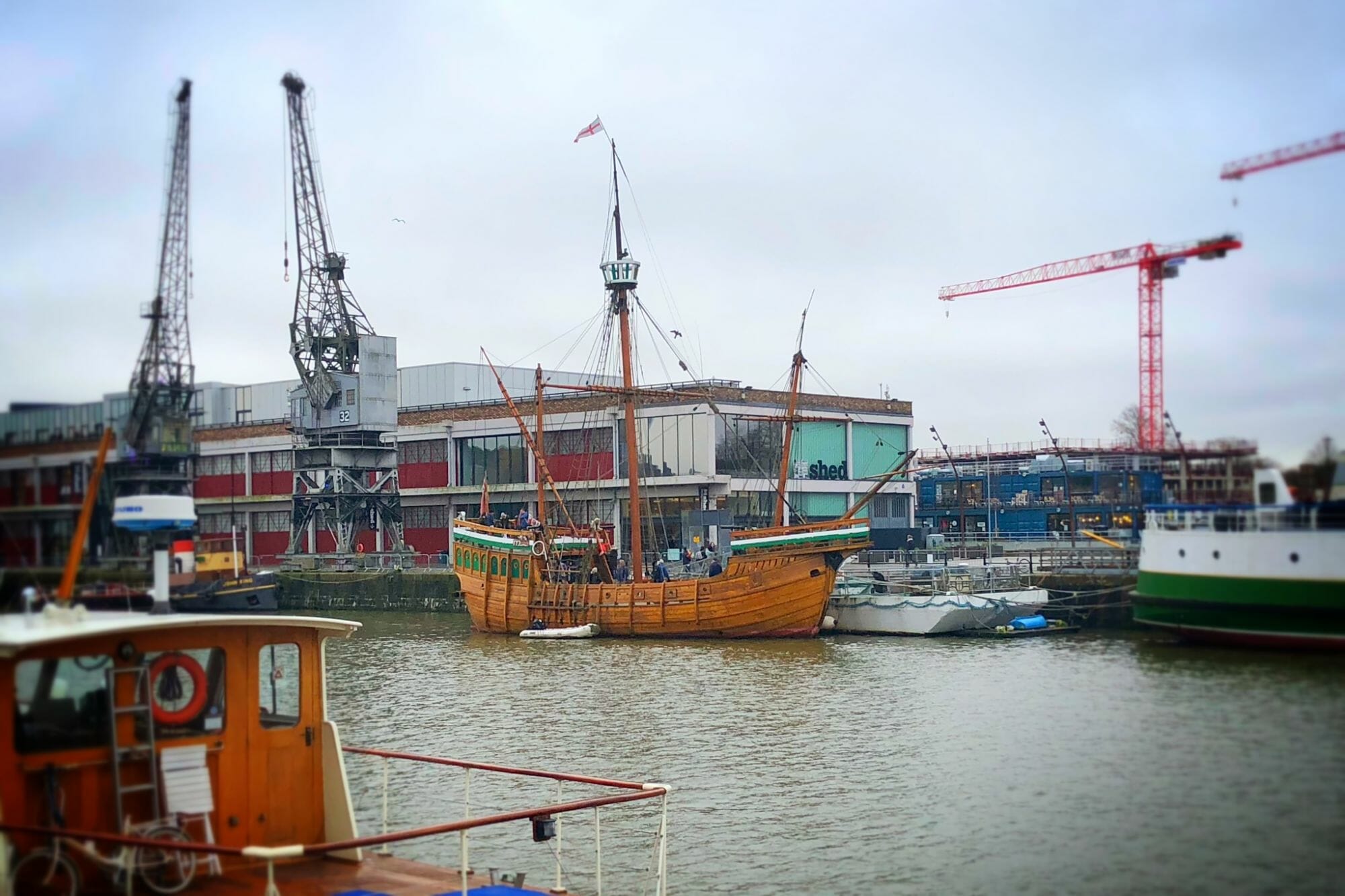 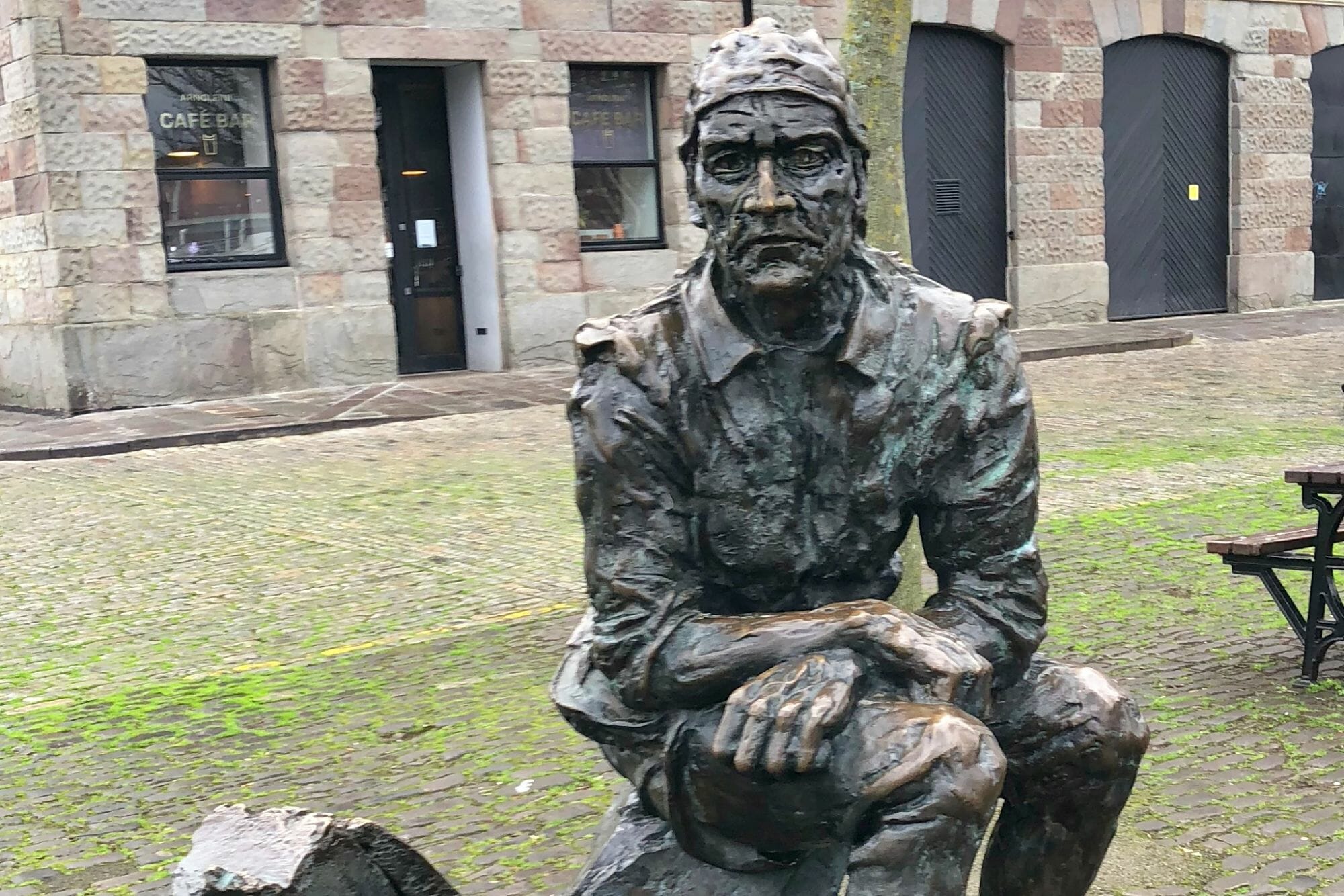 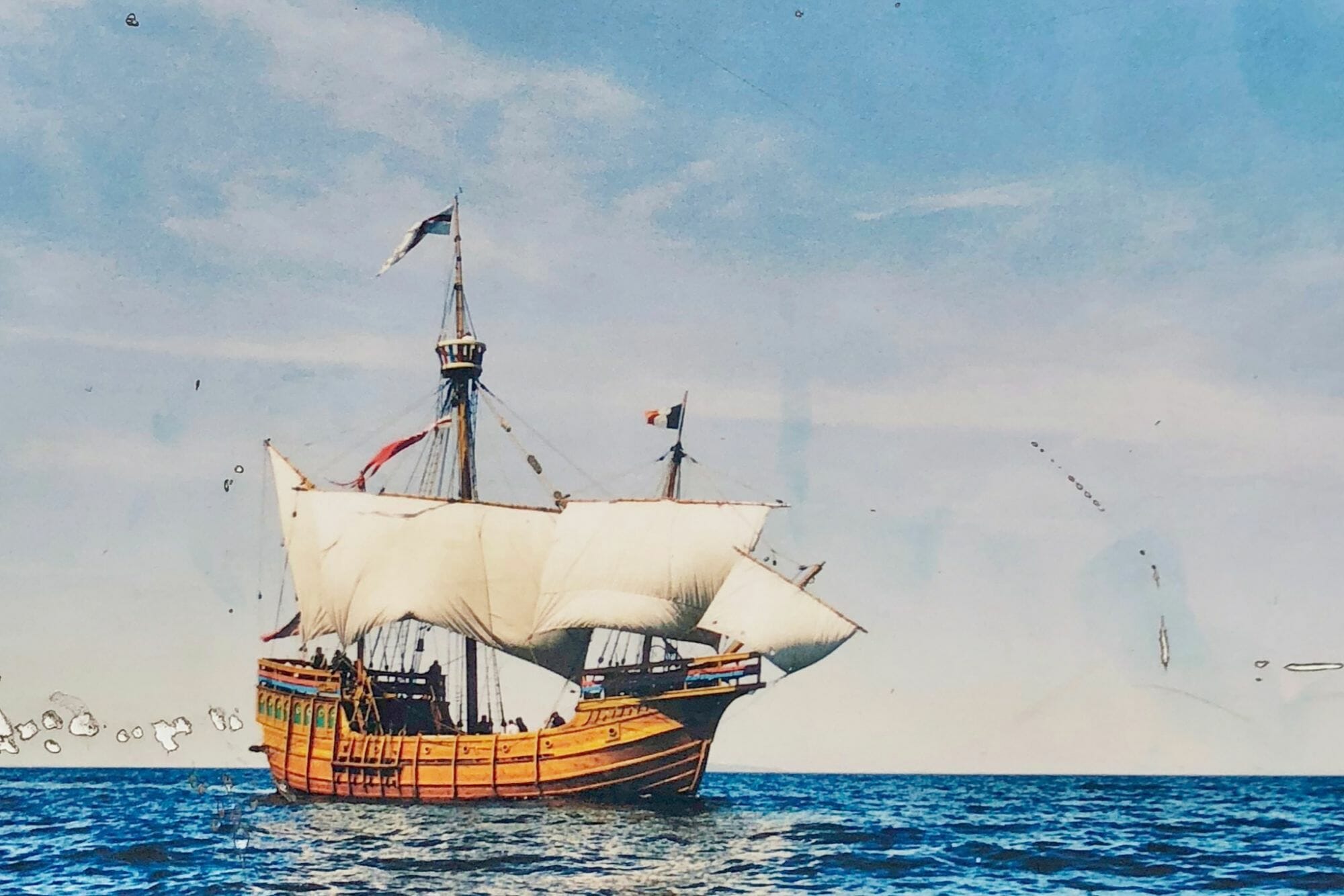 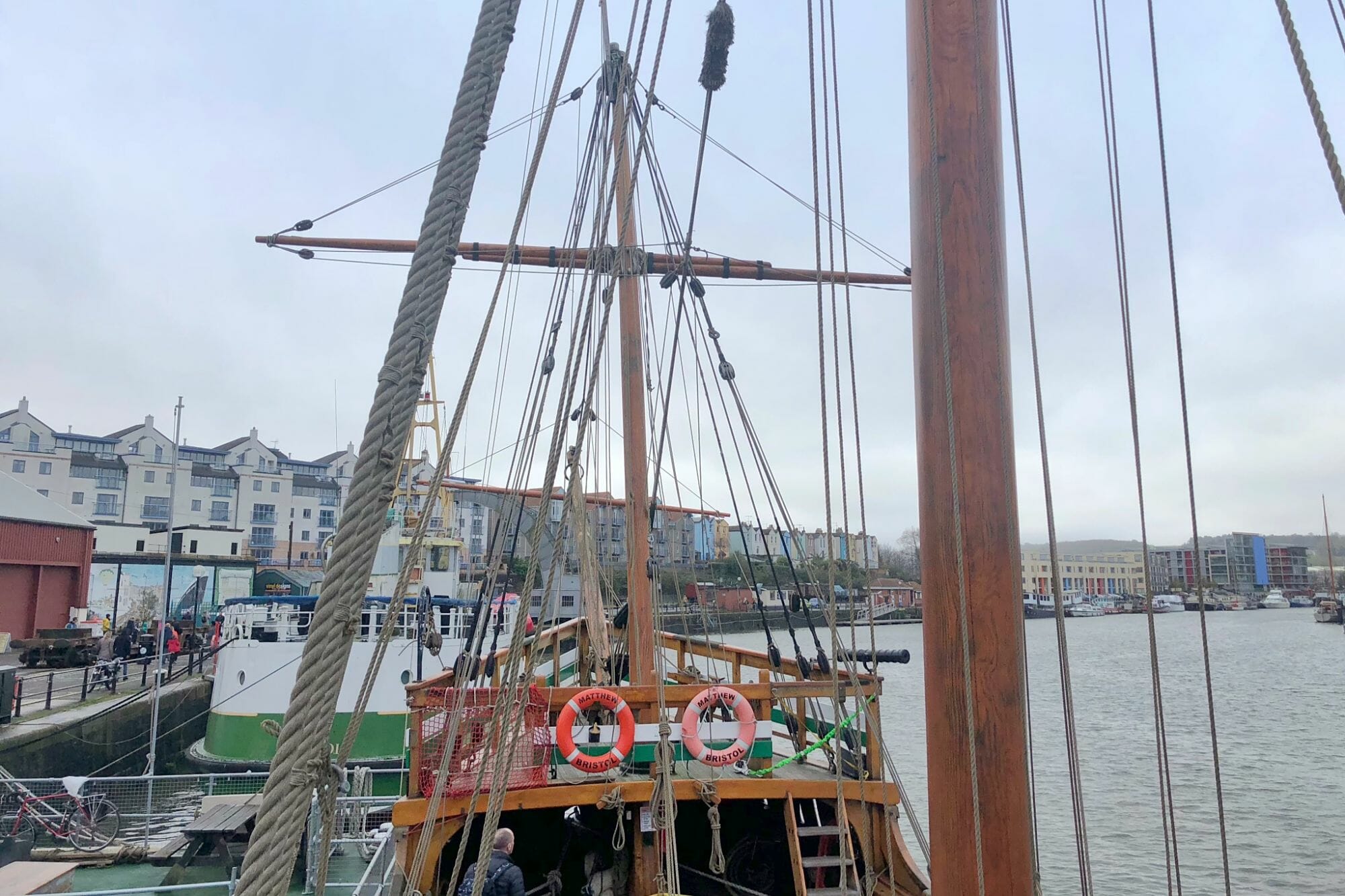 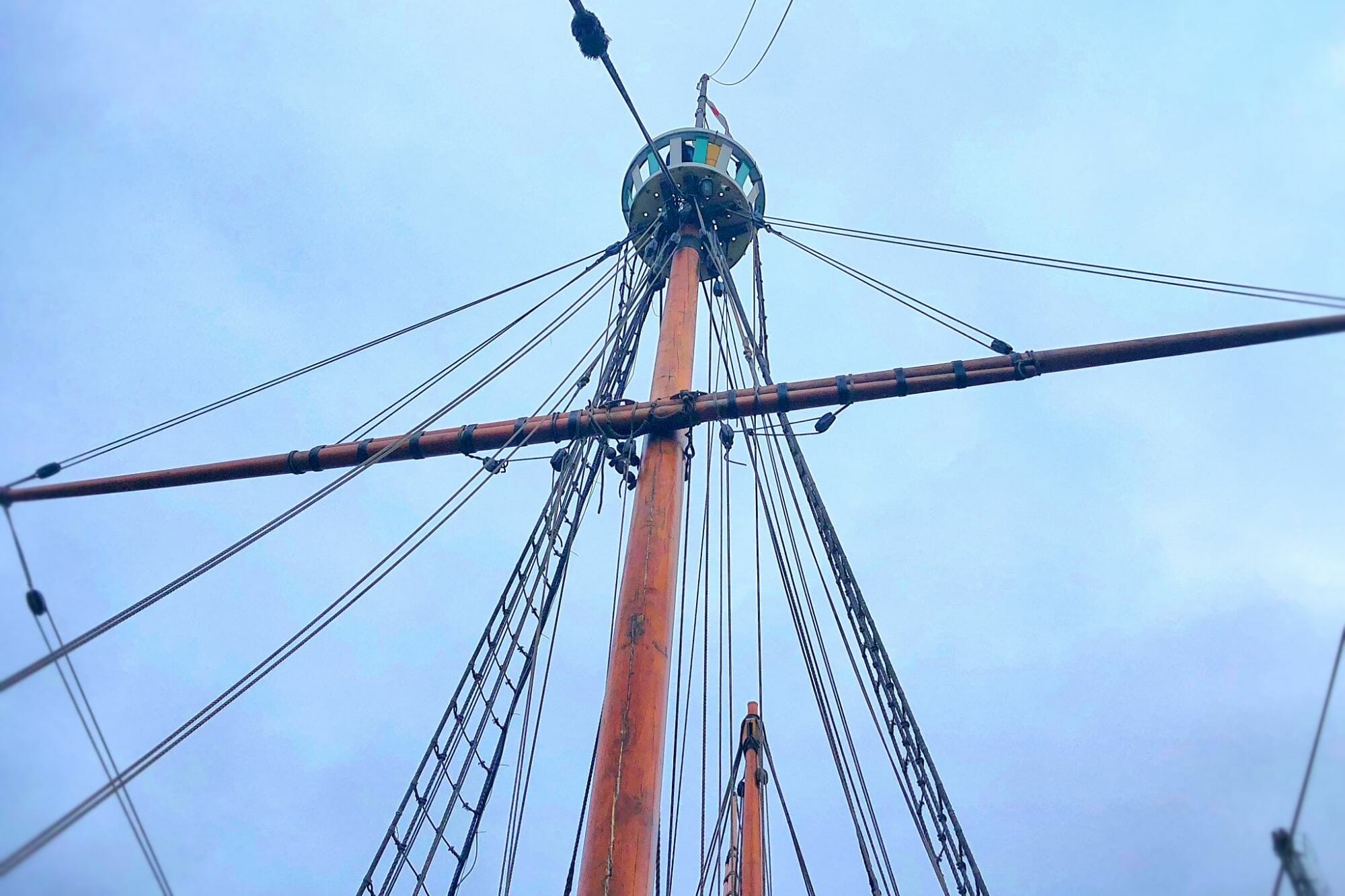 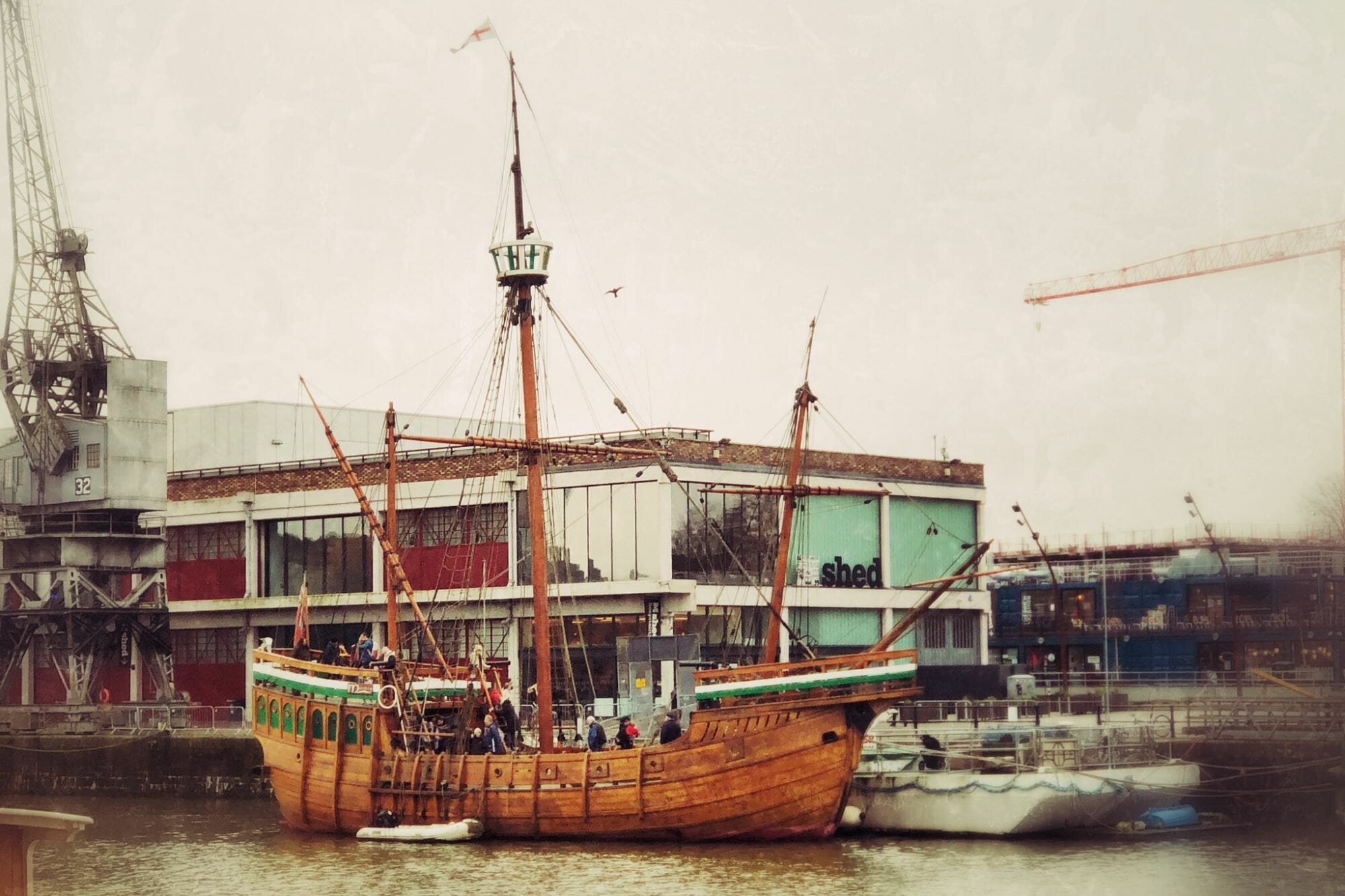 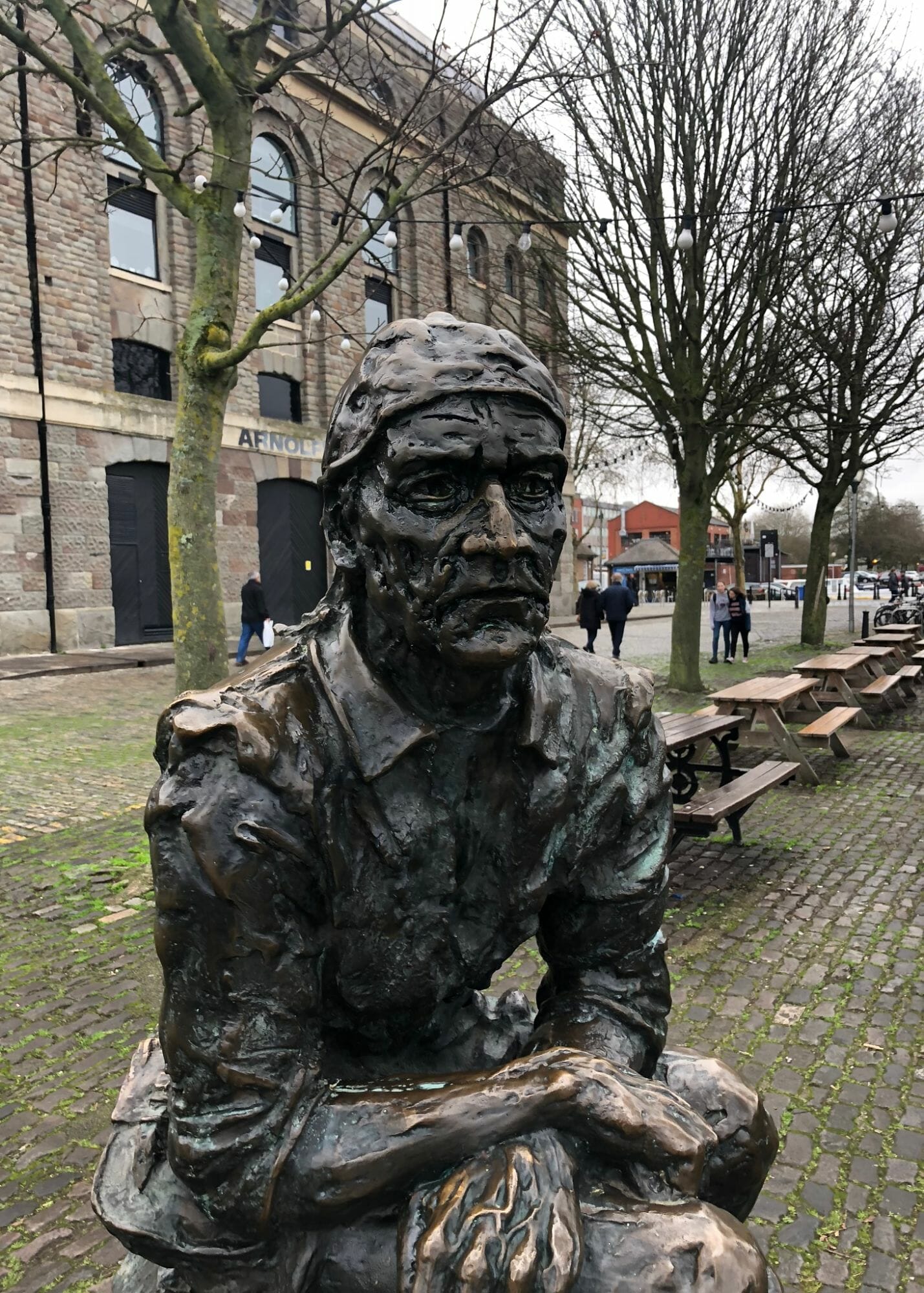 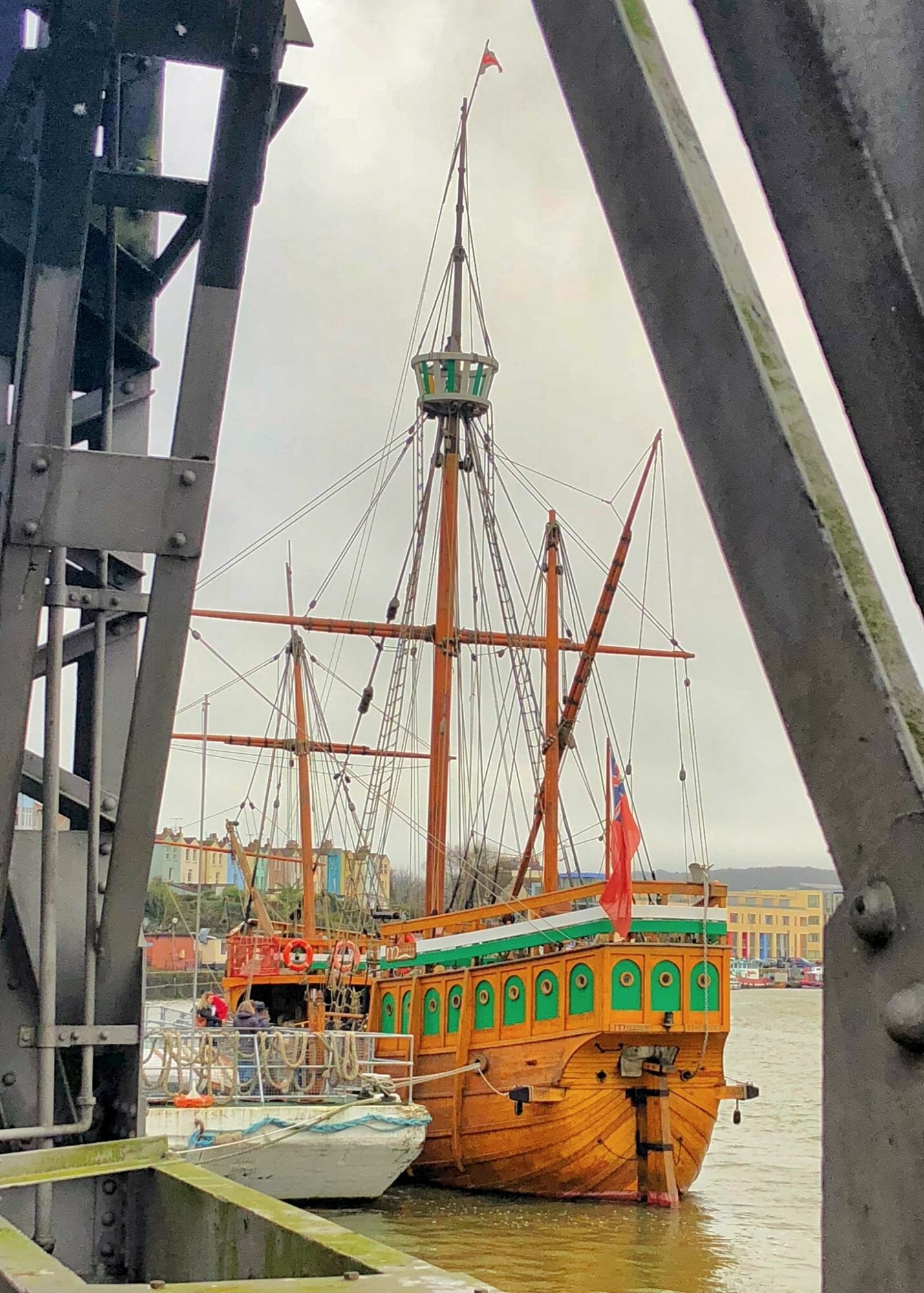 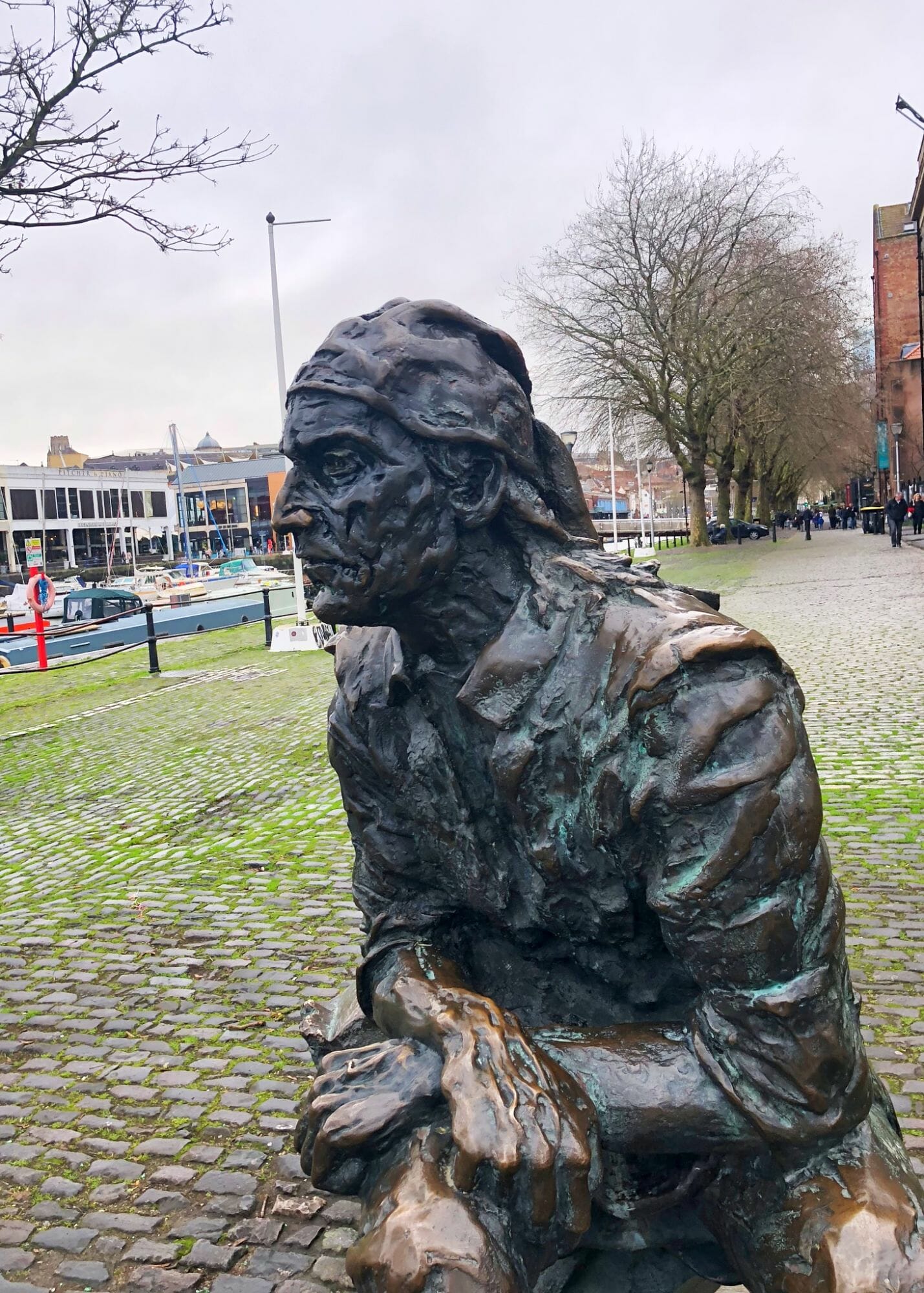 Scroll back to top
This site uses cookies: Find out more.